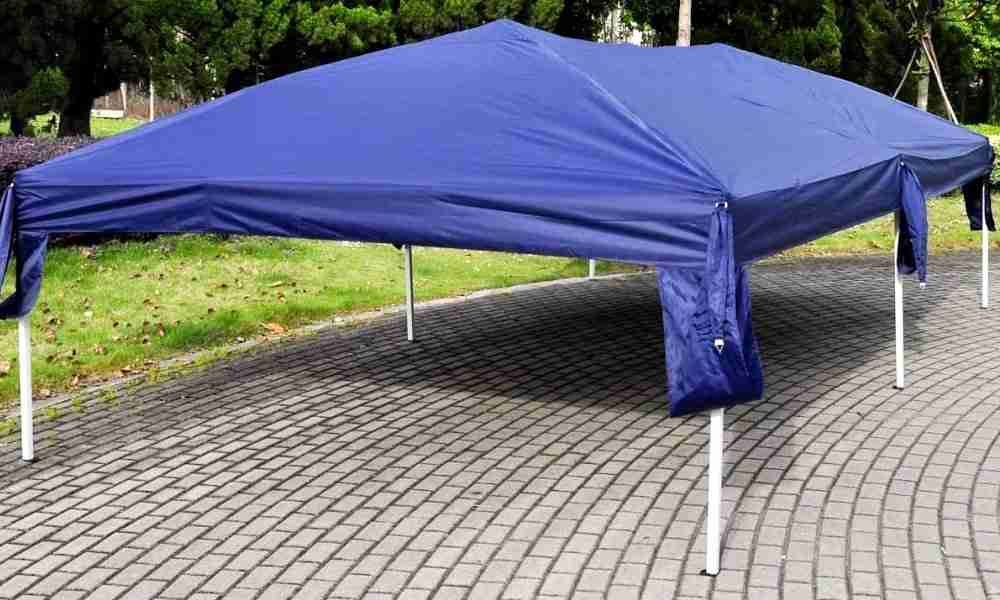 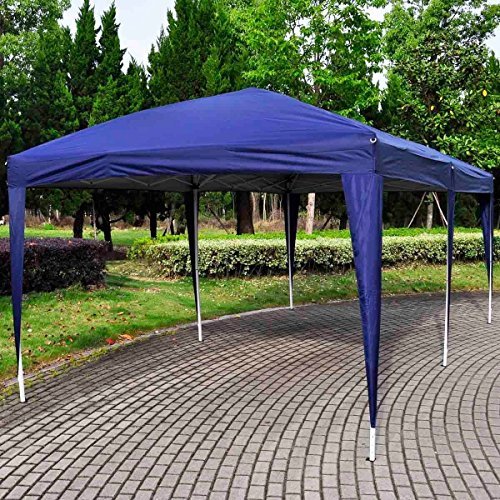 For satisfied users, the Giantex Party Tent has done wonders for them. Users commented that the tent was very easy to set up as one simply unfolds it. It is also very easy to disassemble. The materials and the tent, once fully assembled, are high quality and it feels very sturdy.

The fabric is also very nice according to users and looked much better than the usual white fabric used in other tents. Users have also commented that they were relieved the cover has reinforcements at the joints to make sure it will not wear out due to continuous use.

For those who were able to try it out in rain and wind, they remarked that the tent held up properly without falling. Many also commended this tent because of its size as it was able to shelter quite a lot of people. The price of this tent is also very affordable and many say it is an investment they were happy to make.

For several users, the Giantex Party Tent has not been the best folding gazebo in the market. Some users cited that this canopy is not well-made and felt very flimsy. One reported that their tent broke as they were setting it up.

Another reported that the zipper and the Velcro immediately broke. Users commented it would be difficult to close this tent together as it only has four walls included in the set. Since one could not close the tent together, people within the tent were still exposed to rain and sunlight.

Another user reported that one of the buttons that would hold the leg up in place can’t be used easily because it was inside the leg itself. There were also others who said that the set-up is very hard and the materials are very heavy.

Another added that the instruction manual was not very clear, adding more problems when assembling the tent.

Some users have also commented that the height clearance of this tent is not very good considering its size. Users have also said that this canopy tent would not work well with strong wind or rain, especially if the rain is pouring for a long time. Strong winds will definitely bend the foundations of this tent.

The carrying case is also a problem for some users because it is made from flimsy material and it was very difficult to put the tent back inside. Customer service has also received low points from customers because the company cannot be reached for returns or inquiries. One reported that they tried to request a replacement part, but the company did not replace it.

For outdoor events, you never know if the weather will remain clear for the rest of the day and it is best to be prepared for all eventualities. With the Giantex Party Tent, you and your guests will be protected from all weather conditions and be able to enjoy your events wherever you want.