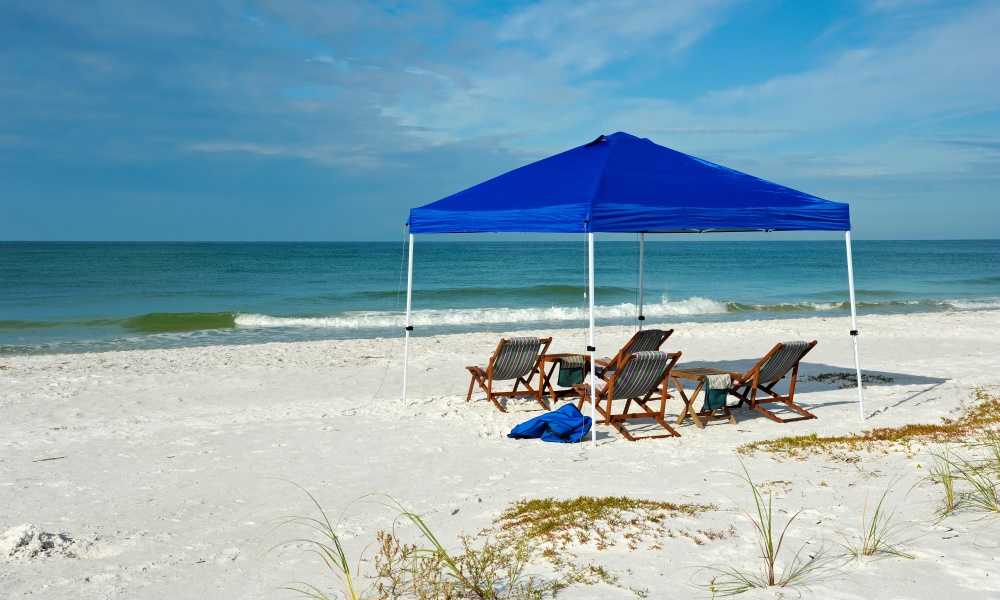 How to Put Up a Pop Up Canopy

Most pop up canopies are extremely straightforward to setup, while disassembly is just as straight-forward. One of the only design factors which adds any difficulty to assembly is the quality of the materials used by the specific design of the canopy itself. High quality canopies typically carry more durable engineering, making them heavier but also giving a precise, firm fitment, which gives maximum stability.

Given the foldable design of both straight leg and slant leg pop up canopies, the manner of putting either up is very similar, with the only difference being the amount of people needed to handle the frame and canvas comfortably. Here we’ll be giving you easy-to-understand guide on how to put up a pop up canopy with minimal effort, and maximum safety.

Unpack Your Canopy: How to Put Up a Pop Up Canopy

Carefully remove the supports and canvas from its packaging, taking care not to be too rough. It is often wise to take notice of the exact way that your canopy folds up and packs away into its carry case. It is most often more convenient to begin assembling your canopy in area which gives you ample space to maneuver yourself and the support structure of the tent, even if you plant to shift the canopy once it is fully assembled.

Position the folded frame in the center of the desired area, otherwise if this is not possible, begin assembly in a space which allows enough room to move around the full circumference of the canopy. Most canopies are manageable by one person, however no matter which weight, design or style you pick, it is always easier to setup with help. Hold the canopy frame by either of its legs, lift it off the ground and extend the foldable frame outwards until it is erected to full size.

Grasp the middle trusses and move backwards until you hear the release of the pins securing the frame. Make sure that all four legs make a clicking sound and also ascertain that the form is secure by tugging on the fitment sides of each support pole. While extending the trusses, take extra care not to pinch your fingers, and never open your pop up canopy to its full form by means of pulling on the legs.

Little to no force is required to pop the trusses into place, forming the structure of your tent. They will move easily, without resistance, often slipping into place with the help of a conveniently placed single-push button.

Once your frame is unfolded, it is time to affix the canvas. The most popular pop up canopies utilize varying thicknesses of Velcro to attach the canopy to the frame. Be sure to unfold it and stretch it over, making certain that the perimeter is of equal length on each side, while the corners should fit snugly, with no area of the truss or frame being exposed. Either ropes or elastic strips will be provided depending on your design. Clip them to the lower truss towards the mid-section of the frame.

With the canvas attached to the top of the open frame, lift each leg, preferably at opposing directions but at the same time, again two people makes this much easier, extending them until the snap mechanism engages at the height adjustment which you prefer. Once the canvas is on, you can either begin to secure the feet or reposition the pop up tent to the area where it is needed before tying it down.

When moving an assembled canopy, be sure to carry it carefully, preferably with the help of up to three other people. Some canopies supply solid, heavy tapered support poles whose rigidity and angle of attachment at the corners make piercing the material canvas a high possibility if you don’t work carefully, or disperse the weight through carrying it with a person at each corner.

Most good canopies will come with pegs or pins to secure the feet, granting extra stability in windy conditions. Yet in most pop up canopy packages, only half the amount of pegs are provided, or the pegs are lacking in quality. A good quality set of tent pegs, allowing you to stabilize your tent from all of the foot-holes given, is the only way to grant yourself hassle-free use of your pop up canopy no matter the change of weather, or the uniformity of the terrain on which it is standing.

How to Take Down Your Pop Up Canopy

While some pop up canopies utilizing commercial-grade canvas are durable and weather resistant enough to be left standing as a permanent or semi-permanent fixture, most will give you far longer service if neatly packed away after each use. In select canopies, disassembly will be slightly different, however for most the procedure is largely the same.

Firstly, remove the canvas from the support frame. Begin by unclipping the elastic straps or ropes affixed at the mid-way point of the trusses. Separate the Velcro straps used to tie the canvas to the frame, and then neatly fold your pop up canopy in the same manner as which it arrived. As before mentioned, some designs have carry bags which give a tight fit. Without refolding your canopy in its starting manner, you are likely to struggle getting it packed away securely.

Each leg will feature release pins, be sure to pull the pins to disengage the mechanism, or use the push-button slider if present instead. Never force the release of the trusses and frame, once disengaged, they will release the legs without force needed.

The final step of folding up your frame is normally much easier with two people. Go to the center of the tent at opposing sides and grab the middle section of the top truss, lift and then begin to walk towards the opposite side of the frame. If this done at the same time, by means of two people, then all you need to do is walk towards each other until the canopy reaches an arm’s length away.

Take hold of each of the two legs of your frame and proceed to close your canopy completely, before packing it away into the carry case beside or on top of the folded canvas cover.

What is an Easy Up?

How to Hold Down a Canopy on Concrete?